Now that triathlon season is over, I have had to come up with a suitable replacement for the 5-day a week, sometimes twice a day training that I endured. It's friggin cold outside, and even I am not crazy enough to hop on my bike for an icy mid-winter gallivant around prospect park.

Therefore, on Friday nights I am now taking tennis lessons at the Midtown Tennis Club. Not that this is exactly strenuous, being that I am a serious beginner, with little to none tennis skills whatsoever. But it's a good way to start my Friday night, and it gives me, and others, the impression that I'm not a completely uncoordinated freak of nature.

My new favorite Friday night activity has become tennis, then a stopover at Zaytoons, where I pick up my dinner, head home, and stuff my face, to be chased with a bottle of wine.

I know how to live, man!

Saturday morning, I continue with the activity nerdiness by heading over to NYSC for a 1O45 Spin class. I need to get my fill of vag discomfort due to over-cycling SOMEWHERE! It's only 45 minutes to boot, and indoors. The instructor makes me want to kill myself, she of the six pack abs after having a child--although she is rather motivating as well. So I kick ass in my Spin class. But then...

Spin class is also good for getting myself ready for big, giant, carby brunch. This Saturday's was no exception. I met my sister and friend UK at Cafe Henri for some Tartine 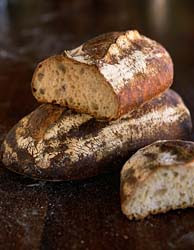 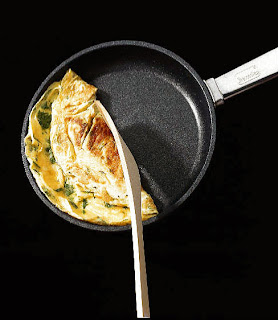 While sipping my mimosa I noticed a black clad, very preggo Juliana Margulies walk in and sit across from us. I was suave as can be..I very inconspicuously snuck a peek from behind my stealthy sunglasses...oh who am I kidding, I practically SHOUTED for the entire restaurant to hear "JULIANA MARGULIES JUST WALKED IN" and then we proceeded to discuss her as if she wasn't just sitting literally 2 feet from my fat ass. She was accompanied by her hipster, homo-y husband {just the type of guy that Roopa and I would go for, as we discussed earlier today} and looked pretty fuckin awesome for a preggo chick in the middle of winter. Great skin.

2 mimosas later, I was stuffed and ready to move on with my day, until UK said "Let's get more drinks."

I was appalled. More drinks? In the middle of the afternoon? Well fuck me and call me Mabel, I am so there!

We swooped down on a bar down the street, and continued to imbibe our weight in wine, which was as delicious as it sounds, and just as much fun..until I realized I was supposed to be back in Brooklyn, visiting my friends and their new baby.

When I finally had enough booze to sedate a medium sized elephant, I decided to make my way back to my place, where I met up with my boyfriend. Where we once again performed unspeakable acts for the neighbors, who may or may not have been spectating from across the way. Yea, I still haven't gotten blinds...oh well.

After all the moaning and boning that took place, and then a hefty amount of Mexican takeout, Beehive and I fell into a deep, satisfied slumber. Only to be awakened at 43O am by some very, very loud music coming from across the way. We both sat up with a start and looked at each other. "WTF?" He bolted out of bed, with me not far behind, and peeked out the window to find a party going on across the way, still in full swing at the ungodly hour of 43O am. Music blasting, someone was doing cartwheels, and was that a BLOW up doll???

We lay back down--I was kinda hoping for a nice middle of the night bang session, but no such luck {What can I say, I'm a woman in my prime. Deal with it}-but instead we talked about what douches I live across from, and what we thought they were going to do with that blow up doll when the guests went home. IF they ever friggin went home. Grrr.

Somewhere down the road, we were able to fall asleep again, and I guess the party dissipated eventually. Around 9am or so, Beehive checked out my CD collection, and decided that The Used would be the most obnoxious thing we could play, very loudly, to wake up the neighbors {yea, I just admitted that I have The Used in my CD collection. Whatevs. Kill me then, why don't you!} so that we did, and lo and behold, I saw a sleepy and confused looking fratty dude walking past the window. Take THAT, you cartwheel turning douche meister! You think you're gonna get away with waking ME up at the crack of dawn with your shenanigans and your Marlboro Reds wafting into my open window? Guess again Mister!

Labels: Beehive, gym, man I can ramble like the best of 'em, neighbors, tennis, Zaytoons

your weekend was better than mine because it didn't involve a hangover.

Are you kidding? Do you really think I could drink as much as I did on Saturday and get away hangover free?

What an awesome weekend!!!! Where do you get mexican takeout in the neighborhood?

Absolutely true on both accounts! :)

p.s. Jealous about your morning sex!

BG-I can't have EVERYONE knowing about my dirty little secret...so I emailed you ;)

Bee-You totally get that, right? But it works for him!! Her hubby is a cutie!

PS I am becoming a VERY big fan of morning sex! Especially the wake me up in the middle of the night variety. Sorry-TMI, I know.

Something tells me that if you work out like that (and with extra morning/middle of the night workouts as a bonus), you'll be able to eat whatever carbs you want with no worries at all! Just typing the word triathlon tires me out :)

I've Been Doing This a While

i like cheese
NY, United States
I'm "that friend", that always tells it like it is. Some love me for it, others want me killed. I can deal with that.

Blogs You Should Read Cuz They're Dang Good